It’s been a long day, full of uncertainty here in the UK. I ventured out for sandwiches and coffee early this morning, but the wind was strong, so I spent the remainder of the day indoors.

This evening, I recorded myself playing Fur Elise by Beethoven, using the piano in my flat. After a frustrating attempt to transfer the recording to a device with internet connection, I finally uploaded the mp3 and a still photo to YouTube. (Apologies for the missing umlaut in the title but the smartphone keyboard doesn’t provide one).

Many years ago I heard a piece of music called “The Sting” – another name for The Entertainer by Scott Joplin. Ever since, I’ve had a passionate interest in Ragtime. Last night, I recorded the Maple Leaf Rag, also by Scott Joplin. Later, I made a compilation video of four Ragtime tracks I recorded during 2021 and 2022 from my flat in North London.

I present the video of the four pieces below. In each, I am the soloist:

Although, the piano has played a pivotal role in my life, I didn’t start playing till my teens. My family couldn’t afford a piano and a stigma existed in the North West of England at the time: boys don’t play the piano. I describe more Below, in a blog devoted specifically to music:

I’d received some money shortly before my thirteenth birthday. One afternoon, during school holidays, I paid a casual visit to an antique shop in Salford. A bell tinkled when I opened the door. The shopkeeper looked in my direction, but my attention was already elsewhere.

A piano stood in a corner, complete with a couple of candlesticks attached to the wooden frame.

I looked at the price tag. Yes, I could just about afford it. ‘That piano,’ I said.  ‘Is it still available?’

I went over, picked out a tune, and then arranged for one of my parents to conduct the transaction on my behalf.

The following Monday, a transport firm delivered the instrument to our home.  I must have spent about two hours playing the first night, scarcely able to believe that I owned this astonishing instrument.

From then on, I taught myself using books, as we couldn’t afford lessons. I played everything. Pieces by Bach and Mozart. Songs from the shows. Scott Joplin and The Entertainer. I was obsessed with Ragtime but not jazz. I loved composing and wanted to be a famous composer. I composed a number of works at the piano, including a complete sonata in three movements.

As for the guitar, that gathered dust. It had never really been my instrument.I didn’t lose interest in the piano, though. It was always waiting for me when I came home from school, like an old loyal friend, whose only wish was for someone to run their fingers across the keys and create beautiful sounds.

One of my piano recordings has now reached 10,000 plays on Audiomack. 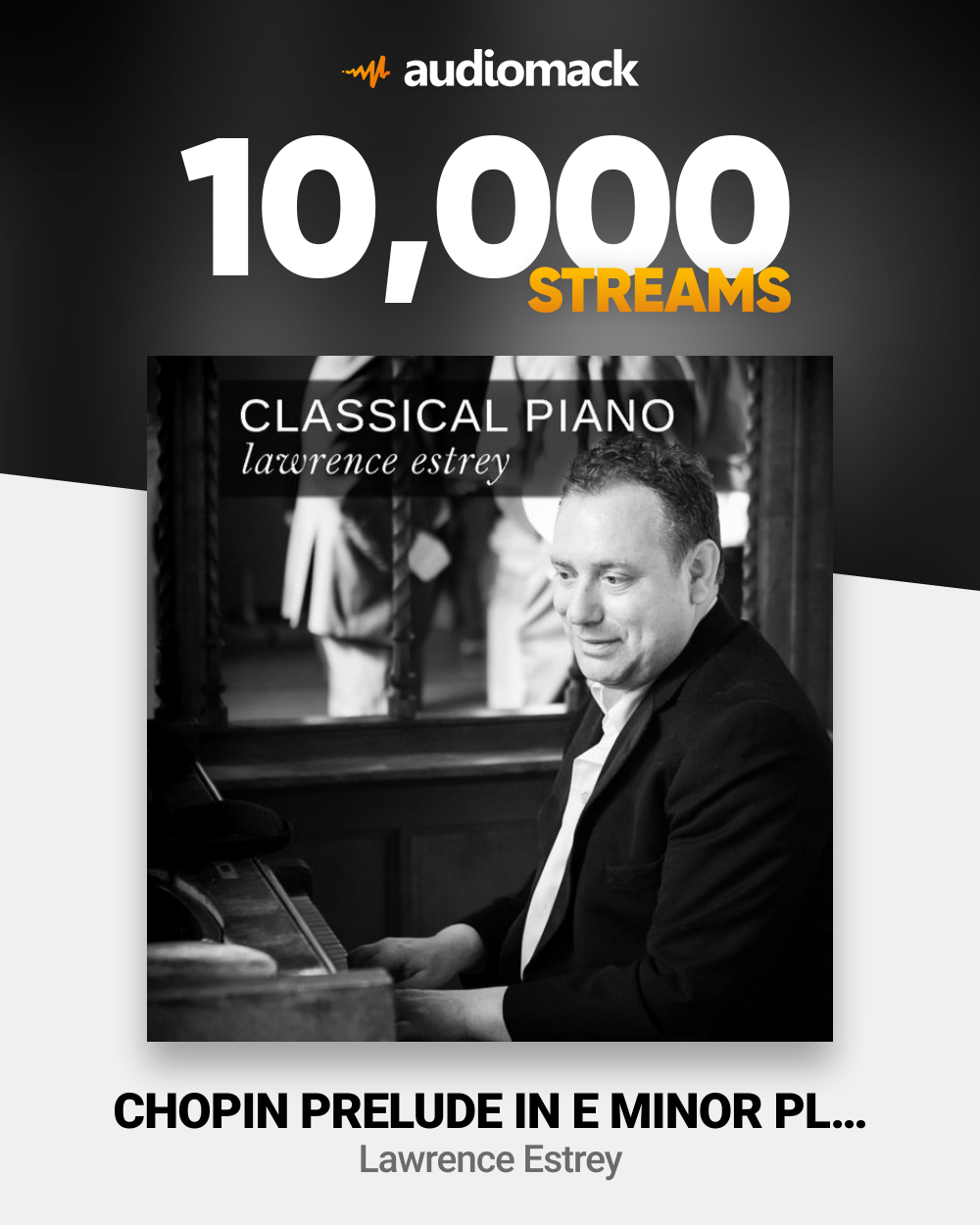 To hear this short but beautiful piece, click on the video below.

I spent a great deal of today involved in music. First, I practised the piano (Liszt 2 Concert Etudes, Schubert Wanderer Fantasy). Next, I compiled piano recordings I’d done during the various Lockdowns.

Finally, I converted six separate audio files to one single mp3 before adding a still image, to produce a video of my playing. The video lasts fourteen minutes and includes popular classical piano, Russian folk music, and Ragtime.

As I shared in a previous post, I’ve found the last five weeks difficult to handle. I would almost prefer the strict regulations of Lockdown to the chaos that has since ensued.

I’ve kept busy at all times, however, and am pleased to share my latest video recorded from my flat tonight using a Zoom handy recorder.

The piece is Brahms Hungarian Dance no 6, played on a digital piano.

Hi, again I offer a recording I made, this time of the Moonlight Sonata by Beethoven.

After a couple of months of adjustment to Lockdown, I’m finding the partial lessening of rules harder to come to terms with.

I would almost prefer a strict lockdown or a comprehensive setup that lets people resume normal activities without constraint. The current situation is neither/nor. People make up their own rules as they see best under the circumstances, but unfortunately this ambiguity could invite (or contribute to) a fresh resurgence of the coronavirus, in my opinion anyway.

I also feel that technologies that enable people to retain a level of face to face contact, such as Zoom or Skype, have lost a degree of popularity somewhat more recently, despite them having much to offer. As friends have told me, they find Zoom tiring after a while.

I enjoyed meeting a friend at a distance in the local woods, but I would admit that many appear to have lost the sense of urgency over the virus. A walk is fine (so is a carefully planned picnic or a spot of sunbathing in green space), but people seem to have forgotten the need for clear distancing and respect for others. It’s really annoying.

Meanwhile, I somehow managed to injure my right knee when I visited the woods the other day, so am dealing with a second physical problem within a week.

I leave you with a video of a performance-based recording I did from my flat in north London during Lockdown. The piece in question is the Fifth Hungarian Dance by Brahms. Pianist Lawrence Estrey.

Nine weeks have passed since my last major social gathering – my birthday, exactly a week before Lockdown. Since then, I’ve discovered a new world of Zoom, Skype, and other apps that enable video calling.

Although I lost my job as a freelance musician (at least, for the time being), I’ve remained busy writing various poems and a short story, studying languages, and putting together an online piano recital recorded from my flat in London. Plus, plenty of exercise too.